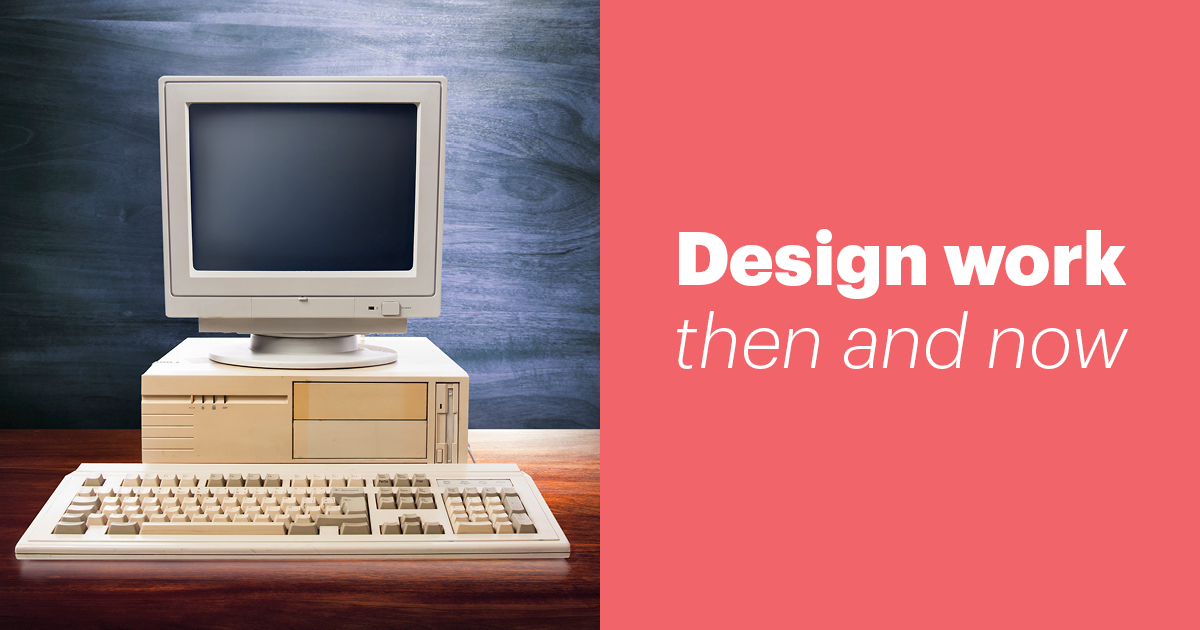 MagiCAD Electrical was released 20 years ago in 2002, which does not really seem like such a long time ago. The early 2000’s may not yet have the same nostalgic sheen as the preceding 90’s and 80’s in our collective consciousness, however, the work of the MEP designer looks very different today than it did at the start of the millennium.

We recently talked with MagiCAD Product Manager Johan Sörensson about the changes he has seen in design work during the past two decades.

If you think back 20 years, what was the normal workflow like for a designer?

The initial tasks for a project are quite similar. We are still starting with creating the main layout, selecting locations for technical rooms and panel boards, outlining the main routes, and defining types of systems to be used. The big difference is when you start to design in more detail.

Back then, we only had AutoCAD, or maybe some other application depending on the country. They were all two-dimensional, though, even though you needed to account for three dimensions when thinking about room layouts, for example. So what was done was lots and lots of sections for the places where space was tight. You would take a corridor, for example and then have sections to figure out where ventilation, piping and electrical should go.

And light tables were still heavily used for coordination. You had paper drawings and a table with a glass surface and a light underneath. You’d put the architectural drawing there and then the ventilation drawing, the piping drawing, and the electrical drawing to see that the systems are coordinated properly.

Yes, papers on papers, not all four at the same time, but switching and comparing between different disciplines. Sometimes you could also have everything printed in one drawing with different colors. Architects had one color and then piping, ventilation, and electrical had their own colors. So you essentially had a bunch of different colored lines on a paper and would try to spot the collisions.

Technology-wise, everything was AutoCAD-based and 2D-based.

Looking at MagiCAD, Ventilation was released in 1998, Piping in 2000, and Electrical in 2002, and these did introduce some 3D capabilities for drawing so there were some possibilities to do checking, for example in AutoCAD, but the paper version was still more common. There was some discussion about developing 3D and architects had been working in 3D for a while with AutoCAD Architectural already then.

Did people talk about digitalisation then, and what was expected to be the next big development in design tools?

It really was moving into 3D, being able to draw in 3D, getting everything in the proper place and easing the coordination workload. Back then, the focus in moving to 3D was not on visualization and presentation in that sense. Even though there was some visualization, it had much more of an “engineering look” to it and it was not very appealing to non-engineers or end-customers.

Did people a vision then of what design work would look like 20 years later and did it resemble what is done today?

Not really, what is done with VR and AR solutions today was maybe only imagined in some secret developer chamber somewhere. Even in MagiCAD Group, where we try to think ahead, this wasn’t really talked about. And, of course, computers were not that powerful then. That’s kind of the thing. It’s hard to foresee how technology develops, because when some innovation gains critical mass then things really start to develop fast.

If you had to name something, what has been the biggest change for design in the past 20 years?

Overall, I would say it’s simply moving to 3D design. Architects started to work in 3D first, then ventilation, piping, and electrical. Electrical was the last discipline to fully embrace it, because they have many things that are symbol-based. Electrical designs are presented to contractors in 2D more often than the other disciplines, which are maybe a bit ahead in using digital tools out on the building site.

One thing that has changed a lot also is how easy it is to make changes. The layout of the building may change constantly, and then you update and move things around because the architect has moved the walls or changed the rooms. The work is a lot more about editing now than it was when you just had the papers. Of course, this is good because you get a better building, but at the same time you might not think things through early enough because you know you can always change it later.

A lot of things have obviously changed in 20 years, but is there something that’s stayed the same? Do designers still have some of the same worries that they had 20 years ago?

Yes, of course. You always have questions about cooperation between disciplines, because everything is connected in one way or another. Also, things like getting information in time to be able to produce what is needed, getting enough spaces for technical rooms and shafts, pressures with costs and deadlines, these are things that seem to persist even today.

Have the technological developments over the past 20 years changed the way that people approach design work?

Yes, one thing we have talked about in our BIM seminars as well is that design times have reduced a lot because it’s so much faster to produce designs nowadays. This is good, of course, but at the same time people maybe would benefit from a little more time for the design work because it’s cheaper to make errors during design than on the building site. Back in the days when you were using paper drawings, you maybe had more time to consider things because the work just naturally took longer. So even though modern tools allow you to produce things much faster, it might be good to reserve some time to consider your work, to coordinate, and to try out different solutions. In the end, it’s about trying to find the best solution in the design phase and not when you are at the building site.