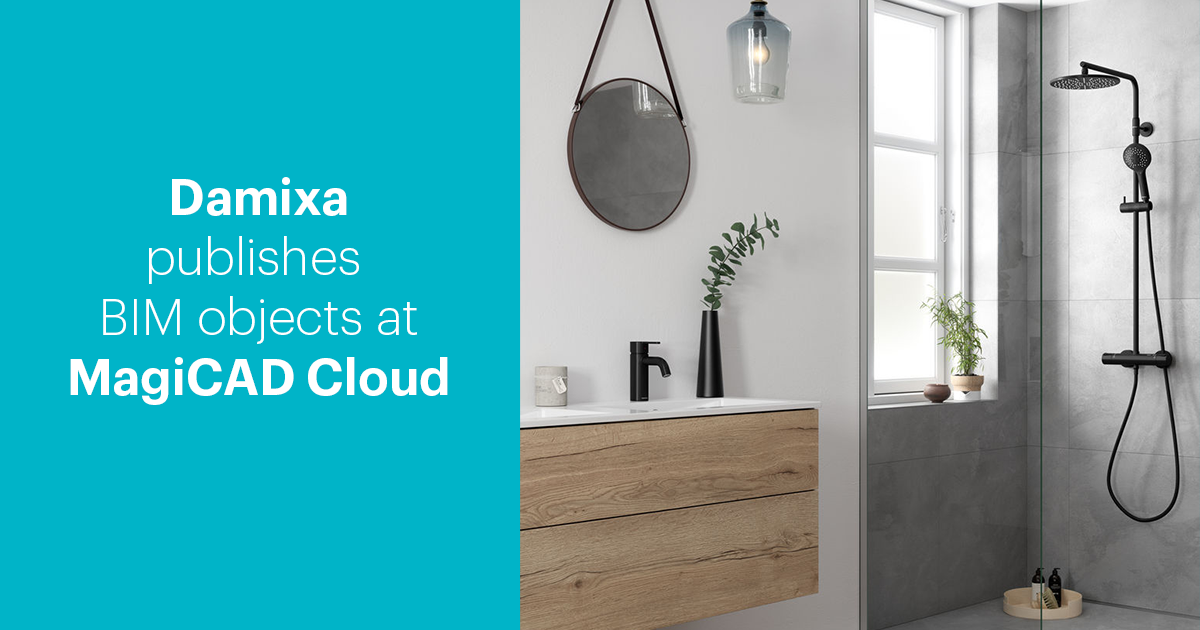 Did you know that Damixa was the first manufacturer in Europe to launch a single-lever mixer tap? It was also them who first came up with the red and blue temperature indicator that is currently included as an element in mixers produced all over the world. And it was Damixa that invented the horseshoe-shaped fixing nut that remains, to this day, the de facto standard for mixers all over the world.

In 1932, a company called Smith & Co. was established in Odense, Denmark. It produced spare parts for motorcycles, but it gradually expanded and started to develop and produce pipe fittings. Damixa’s mission since then has been to create timeless design combined with practical features and good workmanship. For Damixa, a tap is not just a tap. It is an important part of our home that is supposed to make our daily life easier. It must be easy to use, be furnished with smart features, and be aesthetically pleasing.

We are proud to announce that Damixa now publishes their first BIM object library on MagiCAD Cloud. Damixa’s vast database includes intelligent BIM objects for mixers, shower systems, basins, and other devices from Silhouet and Pine product series. The BIM objects are available in DXF and RFA formats. Register for free to access them in MagiCAD Cloud or use MagiCAD Connect to access them in Revit, MagiCAD for Revit and MagiCAD for AutoCAD. MagiCAD Connect enables end-users to access MagiCAD Cloud libraries and selection tools without leaving their project in MagiCAD or Revit and place content directly into the project.

Damixa is one of the leading brands in Denmark and well represented in the rest of the Nordic region, Benelux and Germany. The Damixa brand has a wide range and offers many complete series for bathrooms and kitchens. In 2014, Damixa became part of Swedish FM Mattsson Group, who is market leading in mixers and shower systems in the Nordic region.