Better engineering solutions with MagiCAD for Revit in Iceland 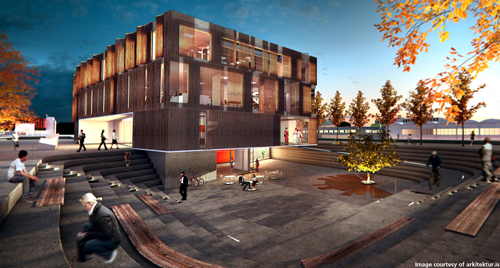 VERKÍS, one of Iceland’s largest engineering firms, is currently working on a new 3,000-square-metre building for the Vigdís Finnbogadóttir Institute of Foreign Languages (VFIFL), located in Iceland’s capital city Reykjavík.

Named after Iceland’s former president Vigdís Finnbogadóttir, the VFIFL is a UNESCO-certified research institute at the University of Iceland.

The architecture of the building was designed by the agency arkitektur.is. VERKÍS was responsible for the building’s structural design and building services design. The entire project was executed on Revit. The building’s heating, piping, ventilation, and electrical systems were designed using MagiCAD for Revit with Heating & Piping, Ventilation and Electrical modules.

Better engineering solutions with MagiCAD for Revit
Daníel Gíslason from VERKÍS says that, “MagiCAD made finding efficient climate control, noise control and lighting solutions faster and easier. This saved time throughout the project: in drafting, design, preparation of tendering documents, and especially in installation.”

“MagiCAD provided us with functionality that facilitated better engineering solutions. Features such as bills of quantity, collision control, flow calculations, product sizing, balancing functions, and sound calculations were highly useful for us, as were the noise analysis features of MagiCAD Ventilation.”

Revit-based design minimises the need for remodeling
Working on Revit technology has had a positive effect on design coordination and information exchange between designers and disciplines in the course of the project. With Revit, each designer has access to interdisciplinary data throughout the project, enabling proactive prevention of potential clashes and thus minimising the need for remodelling.

The VFIFL project covered all disciplines and as such was one of the most extensive projects VERKÍS has carried out on Revit. The company’s experiences of MagiCAD for Revit are very positive, both in terms of project execution and designers’ migration from AutoCAD to Revit. 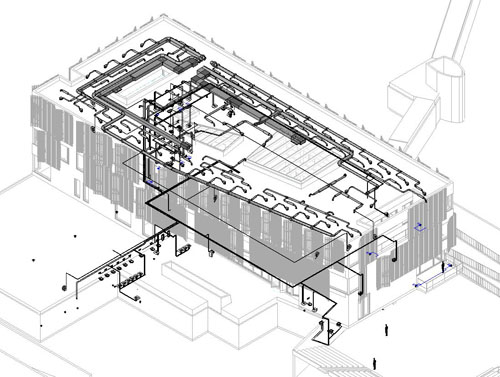 VERKÍS was founded in 1932, making it the oldest consulting firm in Iceland. It employs around 300 consultant engineers in a variety of fields, such as buildings, infrastructure, geothermal power, hydropower and industry. The company has seven domestic offices and is also active in projects outside Iceland.