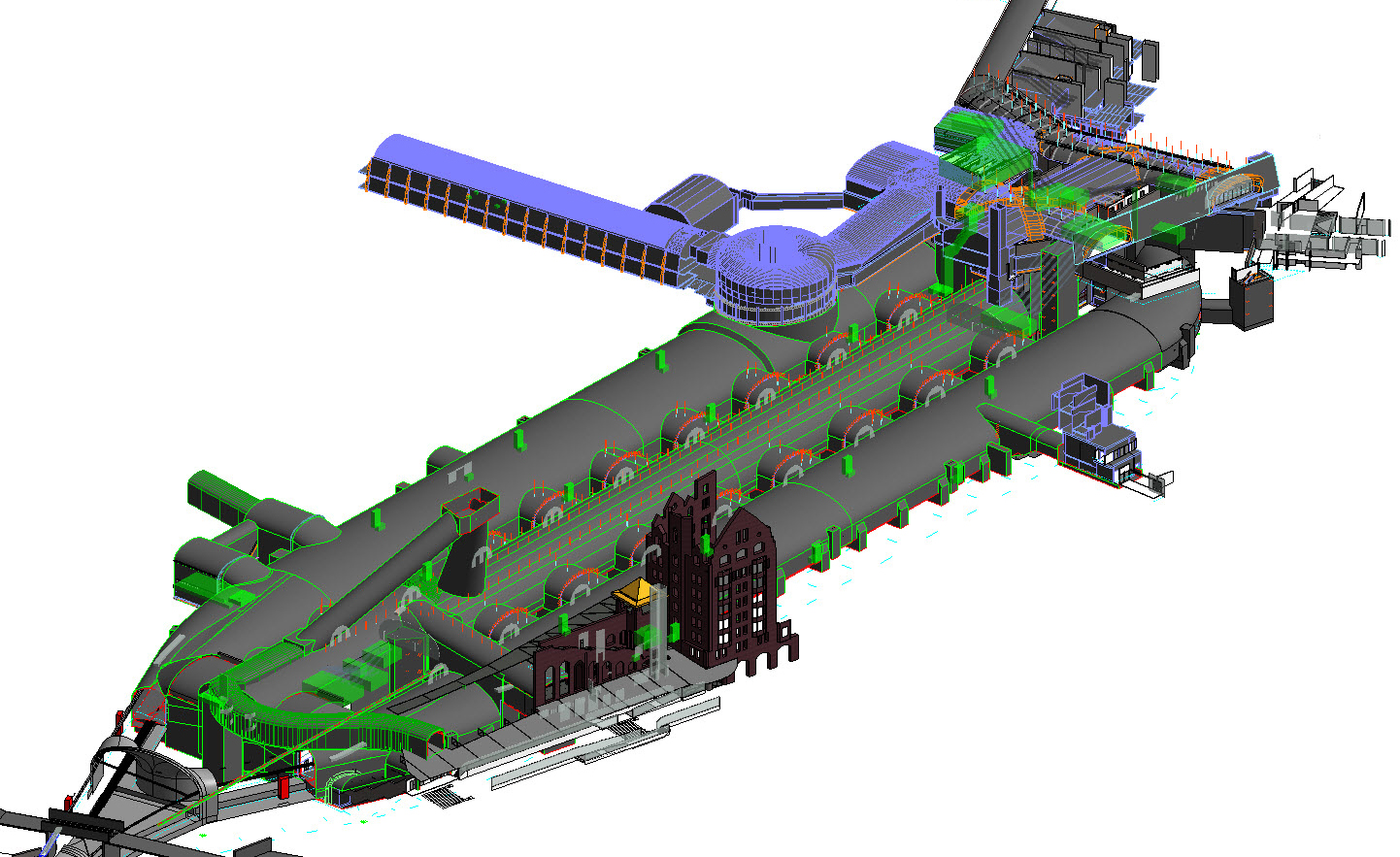 WSP Sweden is one of the engineering and design consultancies currently working on the massive development project aiming to completely rebuild the Slussen transportation hub in central Stockholm, Sweden. Historically, the Slussen district has risen around a channel and sluice gate complex that has served as a connection between Lake Mälaren and the Baltic Sea since the mid 1600s. Today, Slussen is one of Stockholm’s busiest and most important arteries for traffic and public transportation, consisting of metro and commuter rail stations, a bus terminal, a network of pedestrian passages and walkways, and a cloverleaf highway interchange.

As part of this massive project, WSP Sweden is responsible for designing the new underground bus terminal which will require around 250,000 cubic meters of rock to be excavated from the bedrock of Katarinaberget. The bus terminal will include roads, tunnels, underground terminal facilities, and conversion of existing buildings above ground into part of the station complex.

WSP Sweden has carried out the project entirely on Revit technology. The terminal’s piping, ventilation, and electrical systems are designed using MagiCAD for Revit with Heating & Piping, Ventilation and Electrical modules.
– What makes the project rather special in terms of design is that it essentially consists of geometry within the bedrock. The model has several different floors and levels, which is why it is beneficial to be able to handle the entire structure and all MEP systems as a single, interconnected whole. Revit technology serves this purpose well because the whole multi-level model can be stored in the same database, says Joel Eklund from WSP Sweden.
– MagiCAD training services have been very useful to us during the project. The MagiCAD support team has provided us with assistance and advice with both Autodesk Revit MEP and MagiCAD for Revit, enabling more optimal working methods with the Revit technology.

Systems design of the project’s electrical, ventilation and piping systems is now nearing completion.
– At this point, the project’s electrical design, for instance, has already covered trays, conduits, luminaries, switches, sockets, switchboards, heaters, fire alarm systems, communications, audio, video, signal systems and data. What is still to be done on the electrical side is wiring, which will be drawn when we get into detail design, Joel describes the current stage.

– One of MagiCAD’s major benefits for us is that it supports country-specific standards also for Sweden. The new version of MagiCAD makes drawing the necessary cabling possible also on Revit technology, which is useful for us because the country standard requires all cable connections to be drawn, instead of defining the route with flags and route descriptions. These are a couple of ways in which MagiCAD helps us in using Revit MEP to its fullest potential.

WSP and Genivar are one of the world’s leading engineering and design consultancies, providing services to transform the built environment and restore the natural environment, today and tomorrow. The company’s expertise ranges from land remediation to urban planning, from engineering iconic buildings to designing sustainable transport networks, and from developing energy sources of the future to enabling new ways of extracting essential minerals. With 2,500 employees in Sweden, the company employs globally around 15,000 employees, in more than 300 offices, across 35 countries, on every continent.